By chance I came across your website via the internet, which ultimately made it possible for me to have the most beautiful American summer in LA. After we (= my brother and I) had received copious amounts of material about the University of California, Los Angeles (UCLA), the excitement increased every day. It is important to find out more at the beginning because there is a lot to consider. For example, aspects such as different visas should be clarified at an early stage. You can spend hours just choosing the courses that are described in detail on the Internet.

And then at some point the time had come: from Frankfurt to Los Angeles, where we were greeted with summer temperatures and blue skies. That is why it is advisable to bring summery clothes with you in your hand-made pastries.

With our luggage we then took a “Blue Bus” that took us directly to Westwood, the district in which the UCLA campus was located. The trip took about half an hour, was $ 4 and is the cheapest option.

The campus can in no way be compared to that of a German school campus, the campus seemed like a place of its own. Therefore, have a “city map” with you, it really helps to find your way around, with signs in front of the individual buildings.

We already collected our first impressions on our way, because the bus did not go to our accommodation, the Rieberhall: we ran to tennis courts, football fields, houses of student associations, to sandstone older but also to modern houses, to the “medical center” and much more more over. When we finally got to the Rieberhall, we were briefed there by friendly UCLA students. We were given our room keys in the form of magnetic cards and a pin that you also had to enter in order to get into the building and your own room. The rooms are all equally equipped with a desk, one / or more beds and a large closet. There are separate showers and toilets for girls and boys in the hallway. In my room on the 4th of a total of 12 floors, my Korean roommate was waiting for me. From our room we had a view of almost the entire campus and the surrounding mountains.

Hungry from the trip, we went to the closest of the dining halls, which is adjacent to the Rieberhall, to have dinner there. Since the meals were limited per week, you had to show your “BruinCard”, from which the meals were then billed. I had 15 meals a week, which was absolutely enough, since you weren’t bound to eat at a specific time (the dining halls were open for almost 10 hours non-stop). You were also allowed to take fruit with you, which was refreshing in the midday heat of 36 degrees. For lunch and dinner there was a variety of buffets with typical American food, such as cheeseburger, french fries, hot dogs but also fresh salad and pizza, as well as Asian food. And the dessert buffet is also worth mentioning: apart from that,

After our hunger was satisfied, all summer students gathered again and were familiarized with the most important rules. Then we were already tired because of our jet paint and went to sleep.

Since we had no classes in the afternoon, we use the time to get to know LA better, from the famous Hollywood Sigh to beaches like Venice Beach. To get to the respective destinations, we always took the bus that took us to the beaches for little money. Nearby, the Santa Monica beach is also a shopping street with shops such as “Abercrombie & Fitch”, “Forever 21” or “American Eagle”, where you could quickly find beautiful clothes.

There were also several sightseeing tours organized by UCLA. Not only trips to places of interest in LA are offered by the university, but also to the north located San Francisco. The evening program on the weekend was always fun and always different; There were various bars in Westwood, but also a cinema palace or, where the parties mostly went, the houses of the student associations. Whereby you had to be careful if you were under the age of 21 (in America you are then considered a minor), because the police were often present near such celebrations.

In the six weeks you got to know so many people from all over the world as rarely anywhere else. So, I can only recommend UCLA to everyone who wants to experience a very special summer. 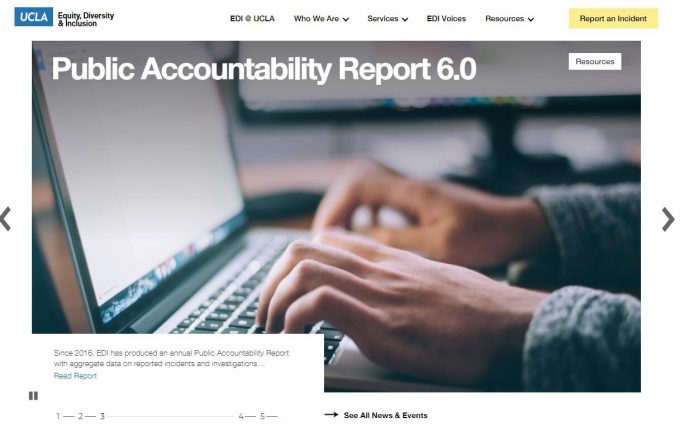 From the NBA to an MBA

Basketball certainly does not define Shareef Abdur-Rahim, a former NBA professional who is grateful for having provided important tools such as discipline, perseverance and dedication to achieve his life goals, one of them, going from the NBA to an MBA. With a fairly stable career and recognitions within the sport a couple of decades ago, […]

First of all, I would like to praise the MicroEDU team very much and thank them very much for their support in any form. The team was always at my side with help and advice, both by phone and in writing. A quick, helpful and communicative handling of the application process with help on various […]

Top 5 Universities in the World for Business and Management

QS World University released its annual ranking of the best universities in the world by professional careers. These are the 5 best institutions in the world in Business and Administration. London Business School The institution created in 1895 is one of those that has more careers positioned in the first places in matters related to […]