From the NBA to an MBA

Basketball certainly does not define Shareef Abdur-Rahim, a former NBA professional who is grateful for having provided important tools such as discipline, perseverance and dedication to achieve his life goals, one of them, going from the NBA to an MBA. 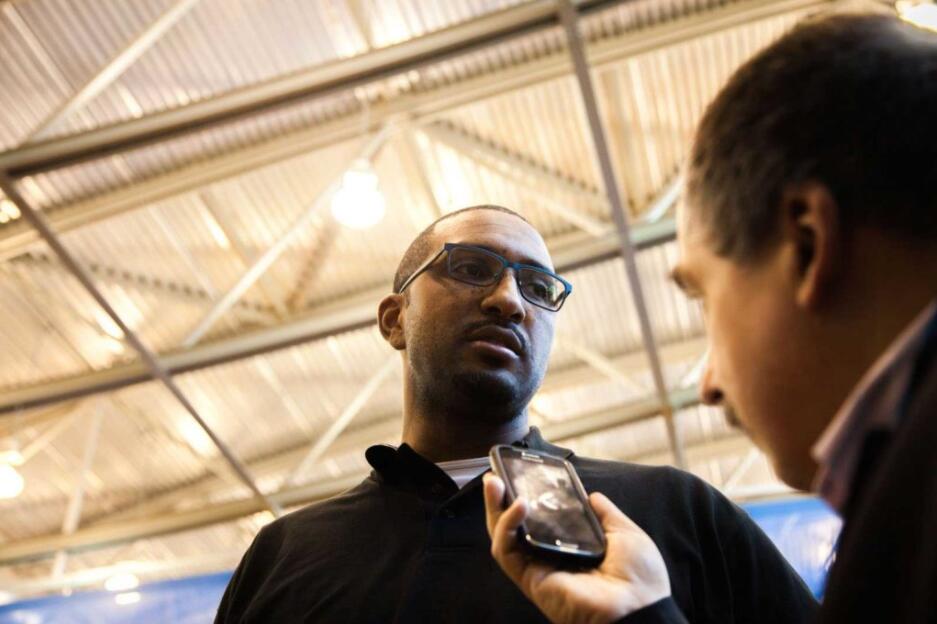 With a fairly stable career and recognitions within the sport a couple of decades ago, Shareef tells us that the change from athlete to business leader was not easy but that without a doubt it is a decision that has changed her life favorably, an excellent decision to pass from the NBA to an MBA.

He had to learn that discipline off the court can become even more demanding, this he understood in the classrooms of the University of Southern California’s Marshall School of Business.

“I loved basketball but for me it was time to move on to the next phase of my life and being able to have an impact on people and the community was always one of my goals.”

During his career as a professional basketball player in the NBA, Abdur-Rahim became a reference for his team, from his beginnings in the collegiate league he demonstrated skills that interested professional teams and became the third selection of the Grizzlies within of the 1996 draft, an opportunity that led him to live in Vancouver, where this basketball team resides.

During this transition from the NBA to an MBA, he was part of the 2000 Olympic team where he secured a gold medal and belonged to the legendary draft from which players such as Kobe Bryant, Steve Nash and Allen Iverson emerged.

With an average of 20 points per game, eight rebounds and three assists, Abdur-Rahim developed a discipline that led him to maintain consistency in his studies and finally get his MBA.

But his story would not end after his retirement, as he always knew he had a bigger mission, and no matter what he made millions during his professional career, he knew that preparation was his best bet.

In 2012 he concluded his career in Sociology at Berkeley to later join the MBA program at USC.

During this period Abdur-Rahim became a regular content writer on Linkedin where he has covered topics such as leadership, business and the nature of traffic in New York.

With an average of 3.3 years of NFL careers, players are motivated by an MBA

The average career of an NFL player is 3.3 years, leaving these athletes with a fairly robust bank account and enough time to undertake new projects, one of them, pursuing an MBA.

Although being a professional player in the NFL may be the dream of many, the reality is that it is a life change that many times is not easy to adopt, especially when the characters involved in this reality are people who come from lower social classes.

Thus, from one day to the next, these players become millionaires and enjoy their careers to the fullest, but what happens when they retire? According to studies carried out in the United States, 78% of players go bankrupt in just 3 years after retirement, while 15% declare bankruptcy within 12 years after retirement.

This has led new generations to think more intelligently about what to do after retiring from the NFL, the answer is found in Miami, precisely at the local university , where a program has been developed in which retired players have been invited from the NFL to pursue an MBA in 18 months.

For those who have agreed to be part of this invitation, it has been quite an experience, since at 6:45 am their day begins with a physical training, to later take about 9 hours of business classes and finally be able to return to his hotel.

One of the interviewees, Carlos Dunlap, of the Cincinnati Bengals, has expressed that the program is strenuous and that it requires much more than he thought but that he is happy to be part of it since it represents new professional opportunities and above all, avoid being part of that fateful bankrupt player statistic.

This idea has been encouraged by the same NFL that through the NFLPA, has covered $ 60,000 usd of the total of $ 105,000 usd that the program costs for some of the retired players.